Peoples Alliance for Freedom and Democracy (PAFD) Categorically Deplores the EPRDF’s License to Kill by Imposing a State of Emergency. 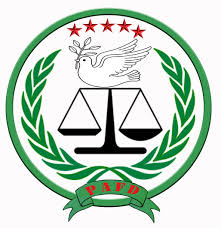 March 12, 2018 (PAFD) — With a heavy heart albeit with unwavering determination to fight the TPLF/EPRDF’s criminally stitched and sustained regime, the PAFD categorically condemns the ongoing massacre of the Oromo civilians in various Oromia regional state. We also condemn with all possible terms, the killing and arbitrary imprisonments of civilians and politicians as well as the Oromia police forces who have recently shown their sympathy to the popular resistance in Oromia by rejecting the TPLF’s orders to kill their own people. There is also an ongo-ing, albeit sporadic killings and imprisonments in Ogadenia, Gambella, Benshangul, Amhara, and in the rest parts of the country, which must be immediately stopped.

Meanwhile, the Ethiopia’s TPLF/EPRDF’s regime is once again embarked on its usual brutality to unarmed mainly Oromo civilians. The Moyale’s indiscriminate massacre of at least 14 unarmed mainly Oromo civil-ians who were not involved in any kind of resistances in broad day light by its infamous Agaazi on March 10, 2018, reaffirm its inherent barbarism. Credible evidences also confirm that, the dead bodies of further several victims have been taken by the culprits in their military vehicles to unknown locations and the killing is con-tinuing. Furthermore, thousands are said to be fleeing the country to the neighbouring Kenya looking for safety in a foreign land, which is denied to them by their own country.

On yesterday’s and ongoing Moyale carnage, the main targets were Oromo civilians, although there are other Ethiopians who become the subjects of such inhumane massacre of peacefully commuting civilians. An eye witnesses indicated that, the killers used Western donated snipers, hence, almost all victims were shot on their heads. The regime’s brutality to unarmed civilians in such harrowing manner is nothing other than a shameful display of cowardice – although the TPLF/EPRDF boasts otherwise. No hero massacres unarmed civilians even on a conventional war, unless the objective of doing so is committing genocide on a given na-tion; let alone within the same territory by the regime who claims to govern the country. Such actions of the TPLF/EPRDF’s regime are deplorable!!

Just a week ago, since the regime unlawfully claimed that it has ratified its illegal state of emergency, which is equivalent to licensing its Army and security apparatuses to lawfully indiscriminately kill unarmed civil-ians in the country. Its license, however has been vehemently rejected by the OPDO whose some members realised that the prime targets would be the Oromo civilians; although no one is to be spared from the cruel sticks of TPLF/EPRDF’s regime who rejoices with harrowing sufferings of unarmed civilians who are sub-jected to mass-murder. Under the indicated illegally imposed State of Emergency, its army and special Com-mando brigades, the infamous ‘Agaazi’ and security apparatuses who remained sporadically killing and maiming civilians in Oromia, Amhara, Ogadenia and the rest parts of the country, were fully licensed to le-gally mass-murder the civilians. The Moyale’s massacre of the Oromo and the rest of civilians’ is part of such licensed killings.

During its extraordinary parliamentary meeting of March 02, 2018, the TPLF/EPRDF’s regime has attempted to coerce its members to approve its meticulously planned bill on indicated State of Emergency which has been preliminarily imposed on the 16th of February following the resignation of puppet PM Hailemariam De-salegn on February 15th, 2018. Besides, as indicated above, some of the OPDO members have categorically rejected the bill claiming that, licensing to mass-murder is morally indefensible as is politically unacceptable. We also believe that, there is no shred of evidences that presupposes State of Emer-gency in Ethiopia, apart from aiming to defend the rights of the TPLF’s generals and its monopoly of business conglomerates in Oromia, Amhara, Ogadenia, Sidama and in the entire parts of the country. Regardless, it has been imposed and, as we speak, the TPLF/EPRDF regime is continu-ally mass-murdering civilians as it has been the case in yesterday’s and today’s Moyale carnage.

Therefore, the PAFD categorically condemns yesterday’s and the ongoing Moyale massacre of the Oromo and the other civilians; and demands the TPLF/EPRDF’s regime to immediately stop its state-terrorism. We send our deepest and empathetic condolences to the families of the Moyale victims of March 10, 2018; and the victims of such brutality in various parts of Ethiopia. We also strongly condemn the unlawful imposition of State of emergency which has been rejected by nu-merous parliamentarians leaving the TPLF/EPRDF with less than 2/3rd totally invalidating the bill as per the constitution of the country in whose name the TPLF/EPRDF has traded for the last 27 years and still trading with; therefore, a State of Emergency must be unconditionally lifted!

We further call upon all the political leaders and members, religious groups, academics, profes-sionals and the entire segments of the society in Ethiopia and Diaspora, to unconditionally come together, leaving their differences aside, to walk shoulder to shoulder to remove the TPLF/EPRDF’s inhumane regime, who rejoices with the blood of tens of thousands of unarmed civilians, including children, pregnant women, frail elderly such as the 91 years old Ogaden Somali lady suffering from Dementia, who has been imprisoned, tortured and eventually killed; from power to allow the rule of law to take its course.

Finally, we call upon all stakeholders to move hand in hand as per the previous call of all-inclusive conference of London between 24 and 25 February 2018. We also call upon the international com-munity and West’s politicians who are obliviously relegating the gravity of the situation in Ethio-pia as their vested interest possess silence, to unconditionally reject the EPRDF’s brutality to its citizens, instead supporting the struggle of the majority for freedom and democracy in Ethiopia. We would like to reiterate to all peoples of the world that, the consequences of instability in Ethio-pia will not only impact Ethiopia, but also its repercussion will be devastating to the entire region of the horn and beyond.

Justice, Freedom and Equality for all Peoples in Ethiopia.
The PAFD, March 11, 2018