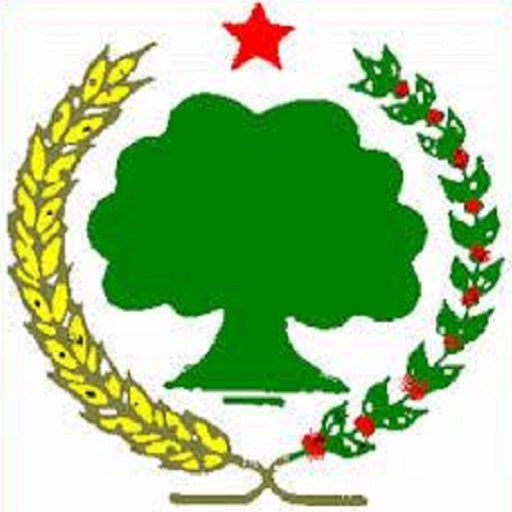 It has now been more than a year since the Ethiopian government, controlled by the Tigrai People Liberation Front (TPLF), clearly and openly declared a war on Oromo people. In addition, the TPLF government has also promoted conflict between the Oromo people and its neighbors, which have lived together in peace, love and mutual respect for decades.

This TPLF orchestrated conflicts has caused a huge crisis on the life, property and overall wellbeing of hundreds-of-thousandth of Oromo people. In fact, the Ethiopian military generals and leaders have planned, trained and deployed the Somali special forces (aka Liyu Police) to carry-out the killings of the Oromo people and destruction of their homes. As a result of this war, hundredthof-thousandth of Oromos were either killed, wounded, their homes and properties were completely destroyed or displaced. While these all heinous acts have been taking place on Oromo farmers, the TPLF government has never had any saying.

The war currently declared on the Oromo people by TPLF and the Somali regional government is a well-researched and planned war for a long time. To make sure that their plans are being executed, first, they disarmed the Oromo farmers and made them defenseless. After they disarmed the Oromo farmers, TPLF ordered their well-trained and armed Liyu police to carry-out the killings, including kids and women, destroying their homes and confiscating their properties.

As one might recall that Oromo Liberation Front (OLF) has exposed the secret plan of TPLF to open war on Oromos from Eastern to all the way to the Southern Oromia border, which covers a distance of over 1000km. Not only OLF exposed TPLF’s plan, it has also warned those who were playing political games to stop their evil act before it resulted in such a tremendous crisis. We have also pre-informed the secret plan of TPLF to the world community as well as to the Ethiopian people.

The main purpose of TPLF’s current war is to weaken the Oromo, stop the Oromo Youth-led movement for freedom and overall the Oromo people’s struggle for Freedom and justice. In addition, this is a strategy to divert the real demand of the people and maintain their power and continue their exploitation. Therefore, TPLF and their agents are the main actors of these conflicts. Nonetheless, TPLF’s strategy of promoting conflict between the regions will neither bring a shortterm nor a long-term peace to the country as well as to the region.

While conflicts were taking place in the Eastern, South Eastern and Southern Oromia for over a year, the Ethiopian government has never taken any action to resolve the issue. Contrary to this, TPLF government has trained, armed and deployed the Somali region special forces to perpetrate havoc on the Oromo farmers along the border. Though the Oromo People living along the border have requested the government to secure their peace and defend them against the perpetrators, the Ethiopian government instead continues to support Liyu police with military equipment as well as logistics. As a result, over 700,000 Oromos were displaced from their lands and their homes were burned down. The Ethiopian government did not offer any support to these displaced people.

Perhaps, the burden was left to the Oromo people themselves. Similarly, when many Oromo were massacred at Calanqo, Daaroo Labuu at a place called Hawwii Guddinaa and in many more places, we haven’t heard any press release or any condemnation of the perpetrators from the Ethiopian government, further confirming that the life of the Oromo people worth nothing for the Ethiopian government.

Contrary to these war crimes taking place on Oromo people, we have observed when the Ethiopian prime minister, Hailemariya Dessalegn in his December 17, 2017 press statement, trying to make the Oromo people accountable for the crimes that their military force and Liyu police have done. The Prime minister’s attempt to blame the victims here instead of the killer, Liyu police and military forces, is rather disgraceful. The prime minister would have asked himself, before reading his shameful statement, questions such as who started this war? Where was the war started and why? and try to get the answers.

As head of a state, the prime minister should have rather admitted the crisis and assure the people that the perpetrators will be brought to justice. At the same time, he should have also assured the Oromo people that his government will maintain their peace. But the prime minister’s statement was completely the opposite, trying hard to make the Oromo people accountable for the heinous crime done by the Liyu Police. Such Ethiopian government’s betrayal of the Oromo people has been observed on multiple occasions and thus, we should expect neither any justice nor any support from the Ethiopian government.

Therefore; The Oromo people must understand that it is their right to defend themselves from the war currently declared on them from multiple fronts by TPLF government and its agents. While admiring the generous support that the Oromo mass was giving to its fellow citizens, OLF wants to stress that there is no one for Oromo other than Oromo and nothing is more evident for this than what is currently happening in Oromia. Therefore, such support for our people must be strengthened and continue.

OLF also call upon all Oromo in diaspora to feel the pains and the crisis that the Oromo people are going through in Oromia and work hard to expose the evil acts of TPLF to the international community, and also continue to support our people. It is equally important to make sure that the support that you contribute is in fact reaches the people in need.

The Oromo people and the Somali people have lived together for so long without any issues. However, now the Liyu police and the TPLFgovernment are orchestrating a conflict between these people. We want to renew our call to our brotherly Somali people to let work together to thwart the TPLF’s evil plan.

Lastly, trying to blame the Oromo people, victims of the Liyu police, instead of the perpetrators will never solve the problems. Furthermore, the heinous killings and displacement taking place on Oromo people will not stop by simply blaming on the so-called corruption and illegal trading (contraband) that is taking place in the country. These excuses will never let the Ethiopian government be free from accountability. OLF strongly condemns those who are involved in planning, organizing, and commanding the military and Liyu police forces to open war on Oromo people, those who involved in the killings and displacement of peaceful Oromo and the Somali people.

In addition, the international community should know that ethnic cleaning is taking place in Oromia by the Ethiopian government and its surrogate Somali National government. Keeping silent, in another term, is giving a license for the Ethiopian government to continue killing and displacement of the Oromo people. Thus, OLF call upon the international community to immediately take appropriate action to stop the ethnic cleaning, establish independent enquiry to the killings and attacks that is taking place right now in Oromia-Ethiopia before it is too late.

Victory to the Oromo People